You are here: Home / Black Panther 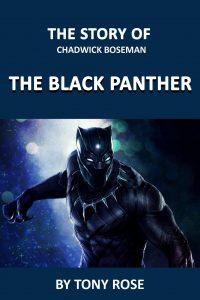 National – Colossus Books has published THE STORY OF CHADWICK BOSEMAN – the Black Panther.

After years of acting in one biopic after another, Chadwick Boseman’s role as Black Panther in the Avengers” films and the 2018 eponymous blockbuster, the ninth highest-grossing movie of all time, has established him as the rare breed of actor with star power. In the 2019 Golden Globe Awards, “Black Panther” ended up taking home the award for Outstanding Performance by a Cast in a Motion Picture as well as Outstanding Action Performance by a Stunt Ensemble in a Motion Picture.

Before Chadwick Boseman gained worldwide notoriety and recognition for playing T’Challa, the King of the fictional African nation Wakanda, he was known around Hollywood for being the go-to man for a biopic. Boseman was best known for his portrayal of Jackie Robinson in 42, James Brown in Get on Up, and Thurgood Marshall in Marshall.

Today, the Howard University graduate is a growing household name, by successfully breaking into the Marvel Cinematic Universe to be the first black actor to play a lead role in a superhero movie, while being a source of inspiration for African American children and children worldwide.

Black Panther surprised Marvel Studios and everyone around the world when it became an international phenomenon. Just hours after the hotly anticipated premiere of “Black Panther,” Vanity Fair reported that critics were unified in praise for what’s being called Marvel’s “first black superhero film.”

According to Forbes, producers spent $200 million to make the movie and another $150 million to publicize it. Their gamble paid off. “Black Panther” lived up to the hype and then some by grossing $400 million domestically in the first 10 days ― the second-fastest behind only “Jurassic World.” By the end of February 2018 “Black Panther” had blown past $700 million worldwide to become history’s highest-grossing film with a black cast and continued on to make $700,059,566 (domestic) and $646,853,595 (international), totaling $1,346,913,161 (worldwide). 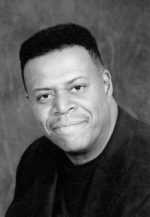 Author Tony Rose is an NAACP Image Award Winner for Outstanding Literature. He is also the publisher of Amber and Colossus Books. He has published numerous biographies, including: Nikki Minaj; Jay-Z; Beyonce; Tupac and Suge Knight; as well as historical books Obama Talks Back – Global Lessons, A Dialogue with Today’s Young Leaders and Tracing Our Roots; He has also written numerous books, including: African American History in the United States of America; An Autobiography of an American Ghetto Boy; America – The Black Point of View and How to Be in the Entertainment Business. (www.amberbookspublishing.com)

THE STORY OF
Chadwick Boseman
THE BLACK PANTHER
By Tony Rose

OR ORDER PAPERBACK BOOKS ONLNE AT: AMAZON and BARNES&NOBLE

Email your Purchase Orders to: WWW.INGRAMCONTENT.COM